On 14th July 2017, a destructive catastrophe took place when a fire broke out through West London’s 24-story Grenfell tower. 72 people died in this incident while leaving hundreds of people homeless. This disaster is known as the most lethal fire incident since the 1988 Piper Alpha disaster and UK residential fire in the Second World War.

CAUSE OF IGNITION
This event was initiated as flames burst out of a Hotpoint brand fridge-freezer on a 4th floor apartment. The fire rapidly engulfed the whole building by reaching up to the building’s exterior side. The disaster continued for 60 hours until it was completely extinguished.

INVESTIGATION & REPORTING
The inquiry report released in October 2019 revealed that the primary cause of this incident was the building’s exterior which was not following regulations. This caused the fire to reach the residential apartments. Along with that, the fire service was too late.

According to this policy, the building is designed in a way that the fire will stay inside the building until it could be put out. Because of believing this policy, many people lost their lives. It was later announced at 2:47 that this policy is discarded but it was already too late.

In addition to that, the cladding on the building’s sides was highly inflammable which depicted the negligence of the authorities towards the safety of the residents. An investigation held by BBC later found that the fire department was neither equipped enough nor trained properly to handle such a disastrous situation. They were unable to handle challenges such as radio problems, water pressure, and smoke.

BRITISH GOVERNMENT’S RESPONSE
The people of London were extremely outraged in reaction to the carelessness and irresponsible behaviour of the authorities revealed in the reports. The media massively criticized the fire safety regulation. To cope with this difficult situation, the British Government promised financial assistance and new houses promised to act as soon as possible

AFTERMATH
Approximately, 151 homes were destroyed including the tower and surrounding area. However, the people resident in the surroundings were evacuated. Aside from the destruction, the mental and physical health of many people was severely affected due to this calamity. Many suicide attempts were reported after the incident.

The reason behind cladding replacement was to enhance heat and energy efficiency. Mainly two types of cladding were used in this process namely Arconic’s Reynobond PE and Reynolux aluminum sheets.

In May 2018, the national government held an independent review of building safety and regulation of rules. Investigations are being conducted to assess the cladding of the other two blocks. In the account of the recovery operation, continuous attempts for the replacement of cladding are still going on.

FIRE STRATEGY – ARE YOU ACCOUNTABLE? SPEAK TO AN EXPERT

Exactly 1 year after the Grenfell tower fire, the UK’s largest housing association who own over 700,000 homes between 14 counties has announced that they will be projecting a massive 1.9bn on safety bills up until 2025.

The phase 1 report that came after the Grenfell Tower fire suggested major changes in building safety and building management. Building management and fire safety expenses cover a wide array of activities which range from paying for fire safety training, fire safety assessments in addition to material items such as cladding remediation & fire equipment such as fire extinguishers & evac chairs.

Fire Saftey Building Bill as a result of Grenfell Fire

Several associations across the UK have forecasted paying over 900 million pounds by the year 2025 who own in the region of 450,000 homes between them. Similarly, we spoke with landlords who own property outside of greater London also predict spends amounting to over £220.000.

The rise in expected costs come even after many housing associates have spent over tens of thousands since the Grenfell tower fire, with 16 of the respondents spending over £450,000 on fire safety measures since the incident.

Reports also show that safety expenses and costs have dramatically increased since the Grenfell fire, with over £200,000 being spent in 2019 and 2020.

In a survey conducted by 30 of the UKs biggest housing associations returned 17 respondents of which 14 could provide a forecast of future fire safety expenses. Changes laid out in the new fire safety bill as a result of the Grenfell tower fire could also add to the rising costs with legislative changes and proposals for building safety managers and safety cases for high rise apartment blocks.

Zero carbon agendas and house building are a likely event that housing associations will have to consider to know where the money will actually come from.

Authorities need to understand that expenses including building repairs, zero-carbon applications and fire safety training & assessments all come from a single account, meaning that if one is affected then it will affect the other for certain” stated a partner at Campbell Tickell.

Considering the rising costs in building management and fire safety, it will mean that we will be able to build fewer homes unless associations can call on the government for help”

The Grenfell Tower inquiry will continue despite current lockdowns. Paul Hyket, an expert witness in the hearing gave evidence and suggestions in relation to cladding, fire consultants and building safety management.

In a statement from the inquiry, Martin Moore-Bick stated that in the light of the prime minister’s statement that the government’s intention is to roll out a nationwide lockdown from this Thursday coming, the hearings shall continue. He continues to explain that he feels it may be helpful to explain the position of the inquiry and confirms that robust measures have already been put in place to enable the continuation of hearings in a safe and secure way that adheres to government guidelines.

This essentially means that inquiries and hearings related to the Grenfell Tower fire will continue during these times of new national restrictions. The inquiry also states these would likely to be reconsidered depending on the Government’s lockdown decisions. 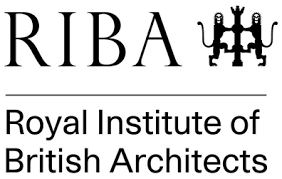 Protecting people and keeping them safe remains at the forefront of our focus and is our highest priority states the inquiry, it therefore may be necessary to retract from our regular procedures. Also in order to keep the number of attendees in the room to a minimum, we will be asking legal representatives and solicitors to file their documents and attend the hearing via a video link.

Inside Housing reports the start of the evidence this week from the former president of the RIBA (Institute of British Architects) Paul Hyett. He stated that Grenfell Studio E had not had a specialist fire consultant conduct the necessary assessments at the start of the project. He also adds that it would have been essential to appoint a specialist due to the lack of experience in the over-cladding of high-rise residential apartment blocks.

Paul Hyett was asked a series of questions about architecture training and fire safety in addition to the level of competence that could be expected of them. The council also questioned Hyett asking if Studio E project should have even commenced due to the lack of experience.

“We are trained designers, and through that design, we solve problems” – stated Hyett.

The fact that there was no prior safety specialist appointed to the project confirms to us that there is certainly an immediate problem and the important thing is to understand that there is research that must be done, and for that research to be understood and applied. The architects and specialists have to know and understand that they must acquire the right experience and if needed, call in a sub-contractors with experience in a particular area.

During the Grenfell Tower inquiry, Mr Hyett was asked if the standard of service expected could have been achieved through research alone, expert witness Mr Hyett said that he had no doubt that it could.

Mr Hyett also added that he would expect them to look very hard at the problem and ensure that they gather the required skills necessary to take on such a project.

Inquiry counsel Mr Millett then asked exactly how soon into the start of the project should start, with Mr Hyett stating “at the beginning”. Once the project instructions come in the clock starts ticking and foundational pressure begins.

Neil Crawford, a Studio E associate had previously used Arup Facade Engineers for the cladding on a Manchester office block past project, and he asked whether or not the same should have happened for Grenfell. Expert Mr Hyett stated that it was perfectly reasonable not to appoint facade specialists on “over cladding” projects.

Further on during the hearing, Mr Hyett was asked whether it was unreasonable for Studio E not to have a specialist appointed to which he answered:

“They are not absolutes but the experience that Studio E had would certainly suggest that the Grenfell Tower project was not of the same building type that they had worked on before, it certainly is a complex and substantial project”.

One would have to make an extremely good argument for not having a consultant & a fire risk safety assessment.

The argument could sound like “For 15 years we have been doing this, so we know what we are doing. We have highly skilled in house architects in the offices who have completed 10 of these projects before.

Mr Millet asked if it was ‘imprudent’ to have not hired a specialist, Mr Hyett replied

“That particular firm Yes, I’m not saying that no-one could have proceeded without, but when we take on work, we’ve got to be confident that we can deliver what is required”.

Later, during the meeting it was noted that the government’s guidance had allowed the use of the cladding with a Class Zero rating on high rise buildings prior to the Grenfell Tower inquiry. Inside housing had noted that ACM (aluminum composite materials) used had a British Board of Agreement certificate that confirms that the panels may be regarded as having that rating of safety.

Mr Hyett said that in his opinion, most architects would have considered whether the panels met the requirements of the building regulations or not. This would have certainly been my conclusion to the hearing.

The Grenfell Tower FIRE Inquiry: Conclusion
News outlets confirm that the government had resisted this conclusion since the Grenfell fire and that the panels would have to meet the higher standard of limited combustibility. They also confirmed the Grenfell Tower panel type Banned due to references to the filler material in Document B of the building regulations relating to the combustible polythene centre of the cladding sheets.

Mr Hyett also added that the use of combustible insulation which was behind was clearly not permitted on high rise buildings and that it should have been rejected from the start. Because of this and other several other errors of varying degrees, there was a widespread failure by Grenfell Tower Studio E, failing to follow the guidance set out in the Approved Document B of the Building Regulations (ADB)

Services that may interest you

Sorry, the comment form is closed at this time.

Fire Training Course Cost
Please select the fire training that you require from the dropdown list below
Please choose an option☝️ !
The price must be at least 0
Detailed List
Total 0

We’re passionate about your safety and your business, helping you to meet and exceed your legal fire safety requirements.